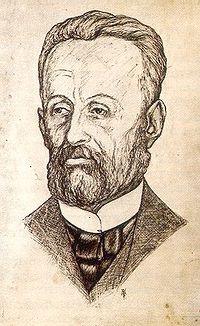 Pavlos Karrer (12 May 1829 – 7 June 1896) was a Greek composer born in Zakynthos who studied there and in Corfu. In the early 1850s he moved to Milan where his first operas and ballets were performed at the stages of the Teatro Carcano and the Teatro alla Canobbiana. In the same city he published some of his salon music. In 1857 he returned to Zakynthos, where ‘Isabella d’Aspeno’ and ‘La Redivivawere were performed’. In 1858 excerpts from his opera ‘Marcos Botsaris’ were performed in Athens in the presence of King Otto.

However he was unable to secure its performance in his native Zakynthos because of the occupation of the island by the British who feared the subject of the opera (the Greek war of independence) would increase pro-independence sentiments among the Ionian islanders. In mainland Greece, ‘Marcos’ was first performed in Patras in 1861 and later in Athens in 1875. The last of his operas, the neoclassical ‘Marathon-Salamis’ (1888), had its world-premiere in 2003. Throughout his career Karrer also worked as a teacher and a conductor.
Karrer was one of the most popular and widely performed composers in 19th-century Greece, while achieving reputation in Italy. His style has Italian influences, especially from Verdi and the bel canto. However, his musical idiom became more and more personal, not necessarily because he sought inspiration in musical themes of traditional and urban popular music of mainland Greece. He was one of the mainstays of the Ionian school of music of the 19th century and the first Greek music composer to put forward a complete collection of vocal works with national subjects, Greek-language libretti and lyrics and melodies inspired by the folk, as well as the urban popular tradition of Greece.